Selena Gomez steps out with baby sister, Gracie, to the Frozen 2 Premier

Selener has been killing ever since she stepped back into the spot light! She dropped her first single two weeks ago “Lose You To Love Me” and the following day released “Look At Her Now.” She’s had a rough time making her way back into the music scene since she had a kidney replacement a couple of years ago, but seriously.. Look At Her Now!

She stepped out last night for the premier of Frozen 2 and had a very special date! If you remember back in 2013, Selena’s mom and step-dad had a baby girl and named her Gracie. That little baby we saw back in 2013 is six years old now and her sister, Selena, is the ultimate role model. Selena and Gracie twinned on the red carpet last night while walking with the voices of Olaf, Elsa and Ana. Gracie could not have been happier, or more proud of her big sis. 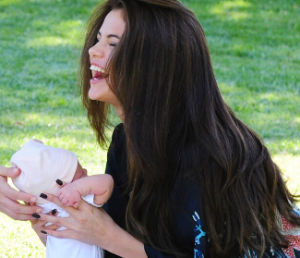 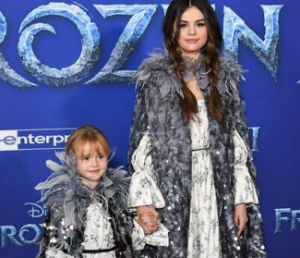