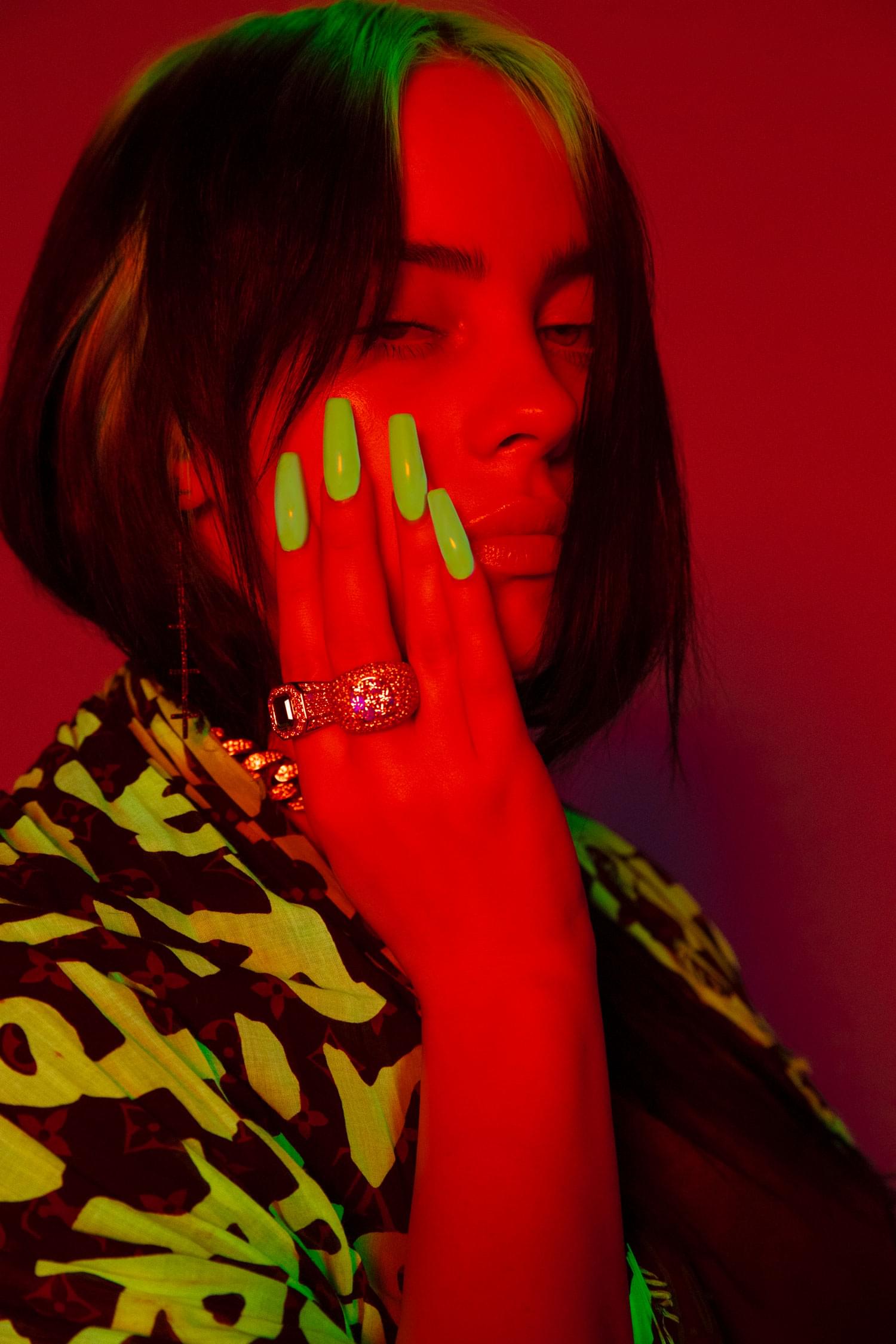 So, look, we get it. Billie Eilish just cleaned up at the Grammys, making her the youngest artist ever to take home all the best awards. And I LOVE her music. Like really love it. I think she’s a hella talented artist, and in the age of contoured faces all designed to look like Kylie Jenner, I dig that she’s mostly doing her own thing. Respect all the way around. But I can’t figure out why in her cover issue of Vogue (read it HERE), she decided to “call out” rappers for not being the person that pretend to be. First of all, none of us are the people we present to the world. Even the most authentic person is doing hiding at least *something*. So for whatever reason, after fully admitting that her and her brother and co-writer/producer Finneas “develop characters” and “write from their perspective” she goes on to call out rappers for lying about how they live their lives. Here’s an excerpt from her interview with Vogue contributor Rob Haskell, who wrote:

In any case, her songs are never strictly autobiographical. She and Finneas enjoy developing characters and writing from the perspective of those characters: the monster under the bed in “Bury a Friend”; a girl who has just killed her friends and is grappling with guilt in “Bellyache.” Eilish notes that many artists she admires—Lana Del Rey; Tyler, the Creator; Marina and the Diamonds; Aurora—have created dark alter egos in their songwriting. “Just because the story isn’t real doesn’t mean it can’t be important,” she explains. “There’s a difference between lying in a song and writing a story. There are tons of songs where people are just lying. There’s a lot of that in rap right now, from people that I know who rap. It’s like, ‘I got my AK-47, and I’m fuckin’ . . .’ and I’m like, what? You don’t have a gun. ‘And all my bitches. . . .’ I’m like, which bitches? That’s posturing, and that’s not what I’m doing.”

So her use of the word posturing, which mean behavior that is intended to impress or mislead (I had to look it up), creates a divide between what she’s doing — story telling — and what rappers are doing — lying — when it actuality there isn’t a difference. When you write/sing in first person, people pretty much associate what you’re saying with you. Whatever it is. And why does she specifically call out rap? Are we to assume that every. single. country artist who sings about riding tractors and being from a small town…is actually riding a tractor in a small town? Or is Bruce Springsteen still a blue collar working man?

Music is meant to express oneself, inspire, evoke emotion, to share all of the those weird thoughts in our head that make us feel so alone when we’re really 80% the same. Anyone. Anywhere.

So while I love Billie Eilish’s contribution to music…I won’t accept her acting holier than thou with it.