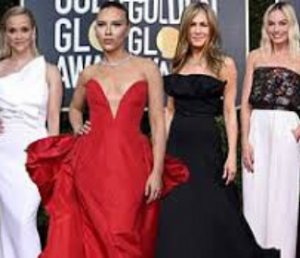 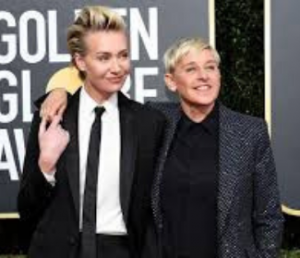 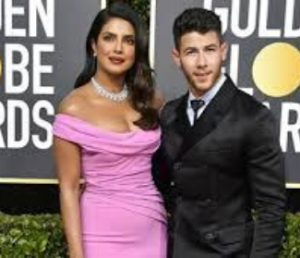 Dakota Fanning, Kirsten Dunst, Sophia Vergara and Joe Manganiello all showed up before 4 pm. By 4:30 Bill Hader was introducing his girlfriend, Rachel Bilson, to Brad Pitt. Nicole Kidman, Renee Zellweger and Scarlett Johansson had a moment on the red carpet. Fashionably late, Jay-Z and Beyonce show up after 5. By 6:15 Jennifer Lopez and Alex Rodriguez were seated at the same table as Taylor Swift and Joe Arwyn. By the time the show started, celebs had been sipping on over 3500 bottles of champagne. At that point, Ricky Gervais “did not care.”

The 77th Golden Globes were last night and Ricky Gervais hosted for the fifth (and probably final) time. He started off the show making jokes and just about all the a-list stars. He poked fun at Leonardo DiCaprio, Felicity Huffman, Harvey Weinstein and pretty much everyone there, asking them to keep their politics to themselves if they make an acceptance speech. The night’s very first win, as Ramy Youssef, the star and creator of Hulu’s Ramy, won the trophy for Best Performance by an Actor in a Television Series—Musical or Comedy, making him the first actor of Egyptian descent to win in the category in its history, beating out the likes of Bill Hader, Michael Douglas, Ben Platt and Paul Rudd. Later in the evening, when the award for Best Foreign Language Film was announced, the critically-acclaimed Parasite made history with its victory as it became the first film out of South Korea to ever win the category. When it came time to hand out trophies for both Best Original Score and Best Original Song, history was made on both counts. In the former case, Hildur Guðnadóttir became the first solo female to ever win the award in 77 years for her work on Joker. Not only that, but she’s only the second Icelandic composer to win in the category as well. And in the latter category, when Elton John and Bernie Taupin won for “I’m Gonna Love Me Again,” their contribution to Rocketman, the biopic/musical fantasia that tells the story of their storied relationship, it became the first time the duo had ever shared an award. And before the night was out, history was made one last time when Awkwafina was revealed to be the recipient of this year’s trophy for Best Actress in a Motion Picture—Musical or Comedy for her breakout turn in director Lulu Wang’s deeply personal and tear-jerking film The Farewell, the Crazy Rich Asians star and comedian born Nora Lum became the first actress of Asian descent to ever win the category and the first woman of color to win since Angela Bassett’s win in 1993.

Here are the big winners:

BEST ACTOR IN A LIMITED-SERIES OR TV MOVIE

BEST ACTRESS IN A LIMITED-SERIES OR TV MOVIE

Tom Hanks, A Beautiful Day in the Neighborhood
Anthony Hopkins, The Two Popes
Al Pacino, The Irishman
Joe Pesci, The Irishman
WINNER: Brad Pitt, Once Upon a Time in Hollywood

Dolemite is My Name
Jojo Rabbit
Knives Out
WINNER: Once Upon a Time in Hollywood
Rocketman

BEST ACTOR IN A MOTION PICTURE, MUSICAL OR COMEDY

BEST ACTRESS IN A MOTION PICTURE, MUSICAL OR COMEDY