4 Things to Look Forward to in February 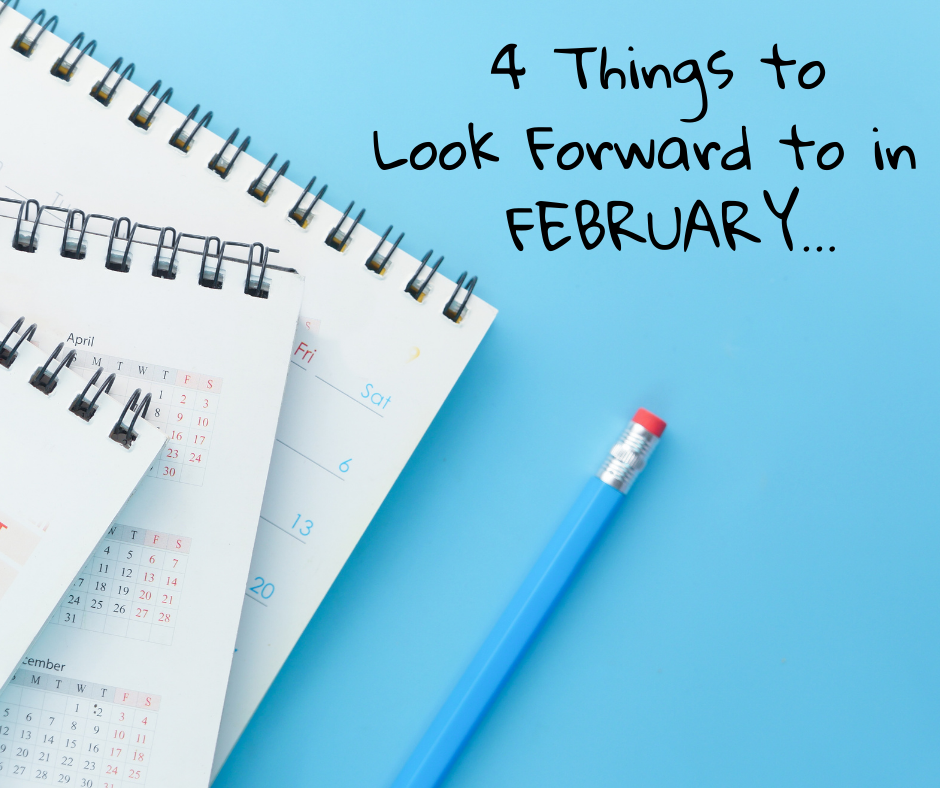 Here are a few things to look forward to in February . . .

1.  In sports:  Super Bowl 56 between the Cincinnati Bengals and Los Angeles Rams is next Sunday, February 13th…The Daytona 500 is February 20th…and The Winter Olympics get started tomorrow.  The opening ceremony isn’t until Friday, but there are a few events happening before that.

3.  In movies:  “Jackass Forever” opens this week …“Marry Me” with Jennifer Lopez hits theaters and Peacock on the 11th…the new “Texas Chainsaw Massacre” hits Netflix on the 18th …and this year’s Oscar nominees will be announced a week from today on February 8th.  The ceremony will be March 27th.

4.  And finally, the holidays:  The big ones are Valentine’s Day on the 14th…Presidents’ Day on the 21st …and the entire month of February is Black History Month.  Here are a few other holidays to look forward to …Tomorrow is Groundhog Day…Pizza Day is the 9th…National Guitar Day is the 11th…Drink Wine Day is the 18th…and the 22nd is National Margarita Day.