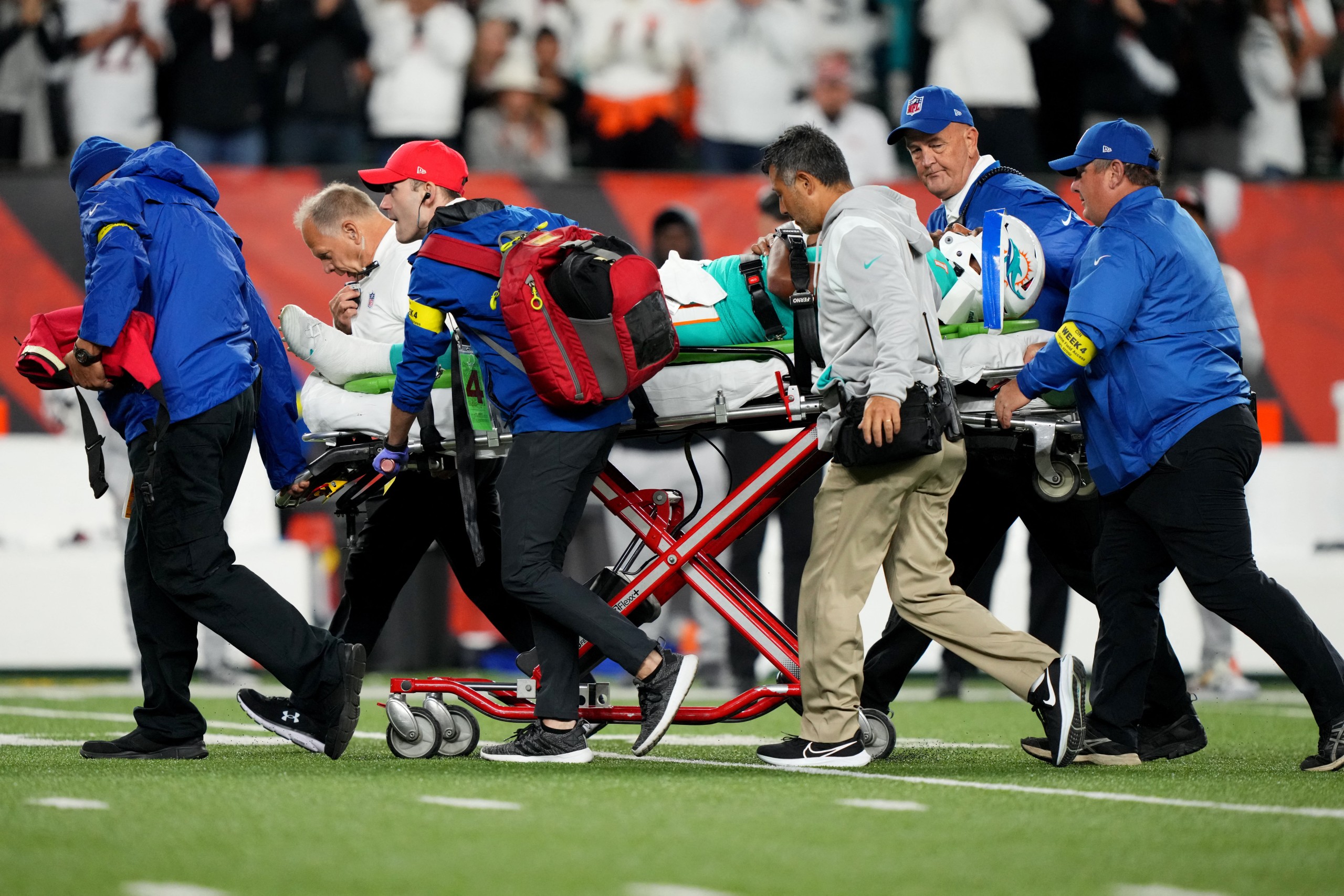 After what happened to Miami Dolphins quarterback Tua Tagovailoa in two successive games, the NFL is changing its concussion protocol … and some changes could go into effect as early as next week.

Last Sunday, Tua got taken down during a game against the Buffalo Bills, and when he got up, he was unsteady on his feet.  He left the game, but came back in later, with the team claiming he just suffered a back injury.

Then the Dolphins were in action just four days later, on Thursday night, against the Cincinnati Bengals.  Tua went down hard again, but this time, he ended up getting stretchered off the field.

A lot of people are coming down on the Dolphins for letting Tua back into Sunday’s game.  And the NFL Players Association fired the independent neurologist who helped clear him.

In a statement this weekend, the NFL said that changes are needed to, quote, “enhance player safety.”

Word has it that one of those changes will be not letting any player back into a game if he demonstrates ANY instability.