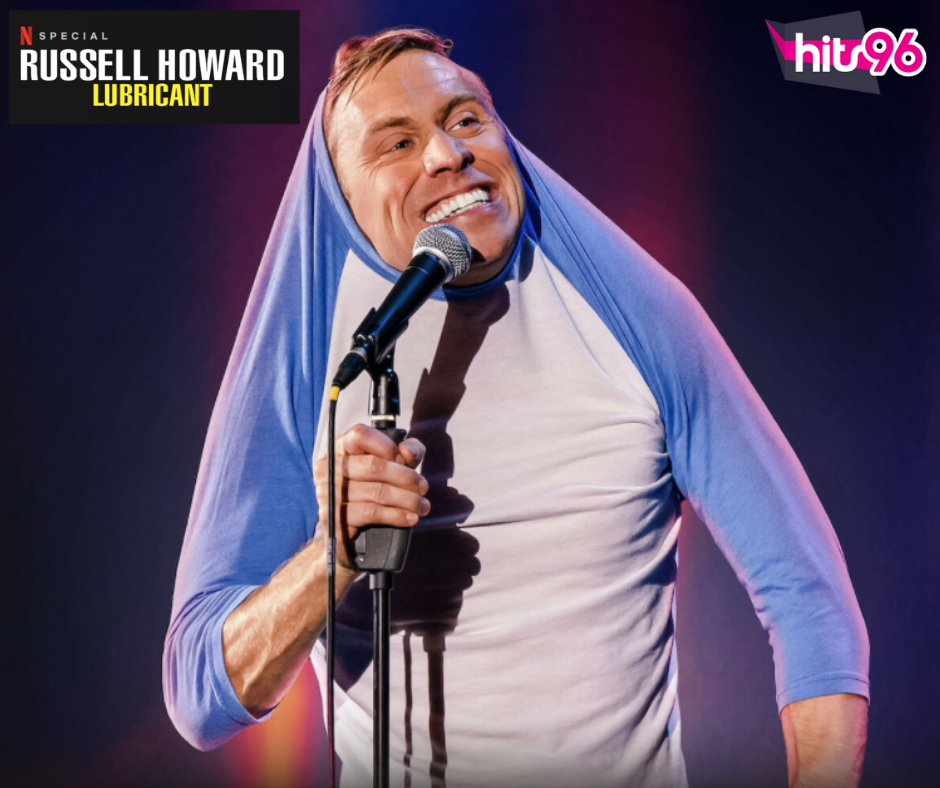 Comedian Russell Howard joined Gino D on the air this afternoon to discuss his latest Netflix Special, Lubricant and it’s corresponding documentary, Until The Wheels Come Off. They also discussed Russell’s views about comedy and life. Click below to listen.

Russell Howard is one of the UK’s most successful comedians and is the writer and star of numerous television shows.

Since the global lockdown Russell has been at the forefront of the live comedy scene, becoming the first stand-up comedian from the Northern Hemisphere to perform in New Zealand and Australia and to open the doors at London’s iconic Hammersmith Apollo with a five-night run as part of his third and biggest world tour, Respite.

The tour will see Russell play North America and Europe in 2022 and in total take him to 79 cities across 24 countries in 5 continents.

Russell’s 2017 sell-out international tour, Round the World, saw him break the record for the biggest English speaking stand-up show in China and play a record-breaking 10-night run at the Royal Albert Hall, overtaking 8 in a row jointly held by Frank Sinatra and Barry Manilow.

The tour culminated with the global release of Netflix Special Recalibrate. Russell has over 7 million followers on social media.

ABOUT “LUBRICANT” & “UNTIL THE WHEELS COME OFF”:

Multi-award-winning comedian Russell Howard returns to Netflix with a two-part installment featuring his second stand-up comedy special striving to make sense of a world that is spinning out of control, Lubricant and documentary mapping his attempts to keep performing throughout the Covid 19 pandemic, Until The Wheels Come Off.
In 2019 Russell Howard was about to prepare for the biggest world tour of his career.  He had just got married, was turning 40 and was celebrating his 20th year in comedy.  For the first time in his career, he was allowing cameras to follow his life and witness one of the world’s biggest comedians performing at the peak of his powers, whilst also navigating huge changes in his personal life.  Then bats got involved ..
As Russell’s wife resumed duties on the NHS front line, he was sent to his parents to lockdown in his childhood bedroom.  What followed was 18 months of the strangest gigs of his career – the starting, the stopping, the tents, the stadiums, and even travelling across the world to New Zealand, culminating with taping his latest stand-up special, Lubricant in London.
Until the Wheels Come Off is the story of a comedy obsession persevering through the grip of a global pandemic.
Russell is the first comedian to release a special accompanied by a documentary on Netflix.
Tags: Gino D, Hits 96, Lubricant, Netflix, Russell Howard, Until The Wheels Come Off