Do All the “SpongeBob” Characters Represent Different Disorders? A TikToker Thinks So… 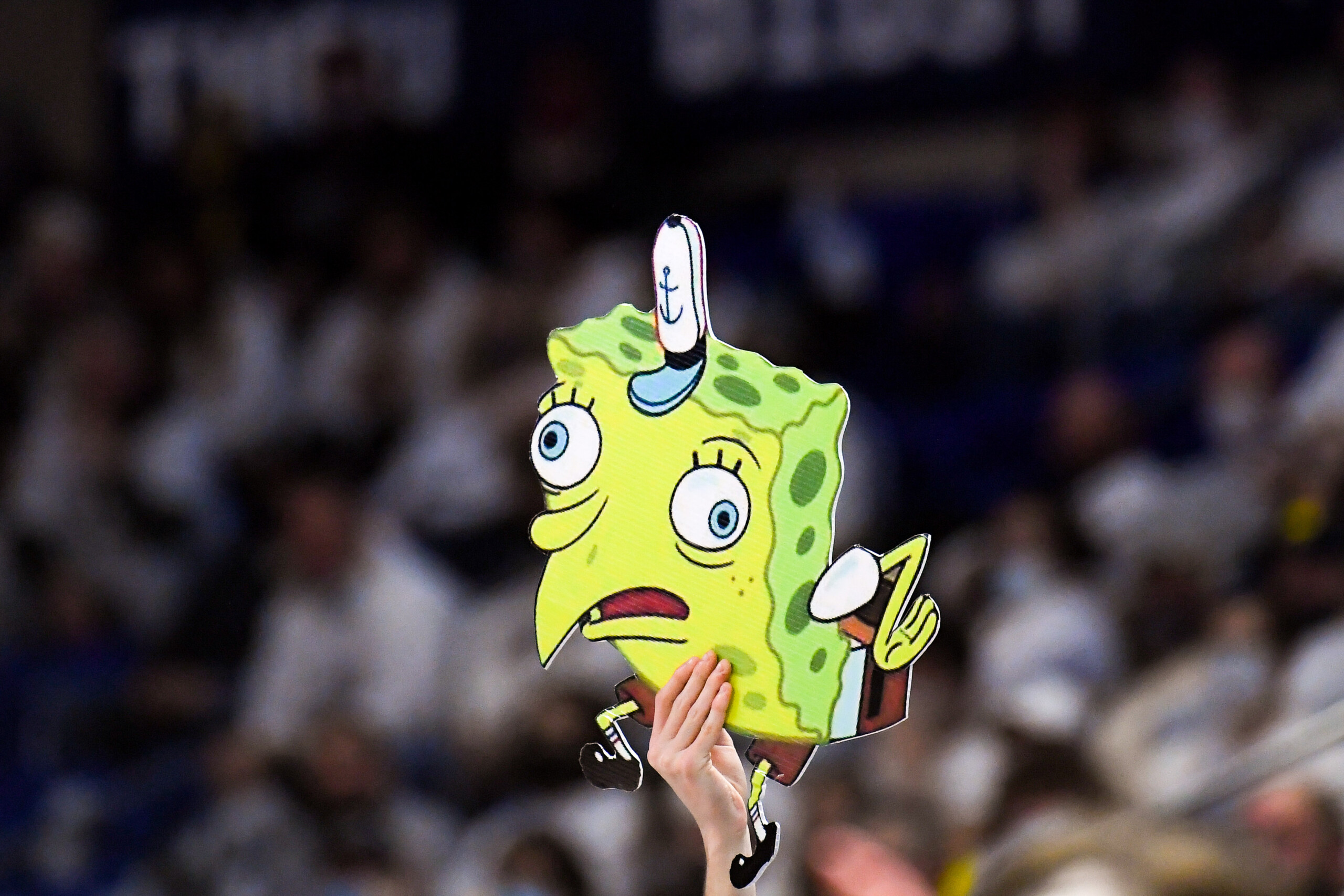 Feb 8, 2022; University Park, Pennsylvania, USA; A fan holds a cutout of Mocking SpongeBob during the game against the Michigan Wolverines in the second half at the Bryce Jordan Center. Mandatory Credit: Rich Barnes-USA TODAY Sports

Are the characters in “SpongeBob SquarePants” just cartoon characters … or do they represent something deeper?

A woman on TikTok suggested that they represent different disorders.

Here’s what she thinks:

SpongeBob himself is ADHD … Patrick is Down syndrome … Squidward is depression … Mr. Krabs is narcissistic personality disorder … and Plankton represents bipolar disorder.  Here’s the video.

However, in a similar video, she said the characters represent the Seven Deadly Sins.  Although she only listed the same five…

She said that SpongeBob represents Lust … Patrick is Sloth … Squidward is Wrath … Mr. Krabs is Greed … and Plankton is Envy.

I will also note that the video pronounces “Sloth” with a long “O”, which is just not correct.

That leaves Pride and Gluttony.  Pride could possibly be Sandy, or maybe that weightlifting lobster guy.  As for gluttony … I could see that being Patrick again. Who knows?