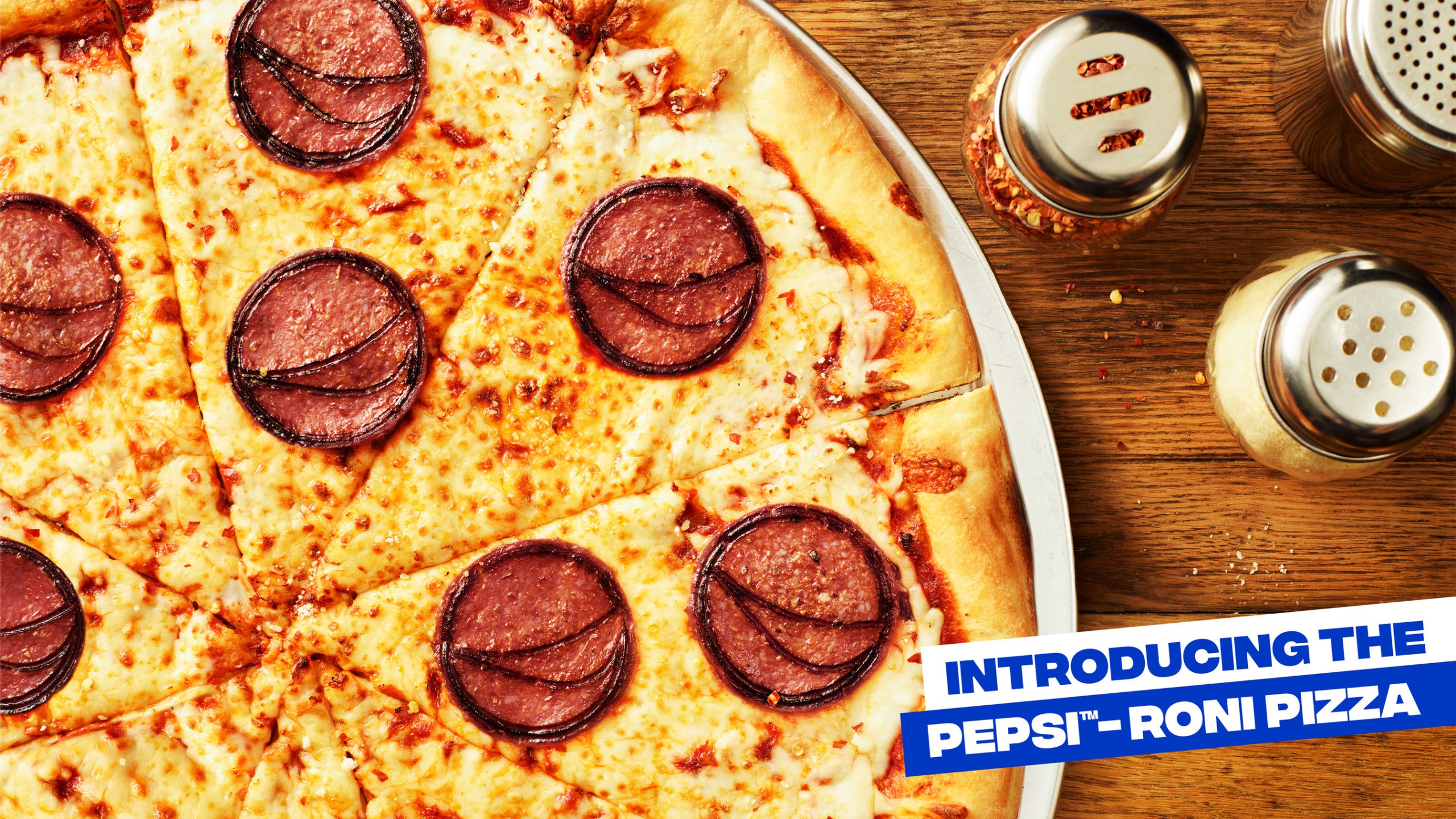 Here’s a weird food combo I didn’t see coming:  For National Pizza Party Day tomorrow, Pepsi worked with the Culinary Institute of America and came up with Pepsi-infused PEPPERONI?!

They’re calling it “Pepsi-Roni.”  They say the Pepsi adds a “citrusy sweetness” to it.  New Yorkers can try it tomorrow at a pizza place in Lower Manhattan.  However, they’re planning to offer it up in other cities soon, but haven’t said where yet.

For everyone who can’t try it, they’re doing two different pizza-related deals tomorrow:  You can get $5 off a DoorDash pizza order if you buy a Pepsi with it.

And… You can get $3 back if you post a photo of yourself with pizza and a Pepsi on social media with the hashtag “BetterWithPepsi.”  You also have to text “PEPSIANDPIZZA” to the number 81234 along with your receipt.

Also…in other FOOD NEWS… I’m not sure how this didn’t happen sooner, because it’s an obvious spin-off:  Hot Pockets just announced they’re going to start selling COLD POCKETS.  But for some reason, they DIDN’T name them that. Talk about missing an opportunity.

They’re called “Deliwich” sandwiches, and you’re supposed to thaw them out before you eat them.  They say you can put one in your kid’s lunchbox in the morning, and it’ll be ready to eat in two to four hours…  Or if you’re impatient like me, you can thaw them out in the microwave.  This is their first offering that’s not meant to be eaten hot.