Is Taco Bell About to Start Serving Actual Pizza? 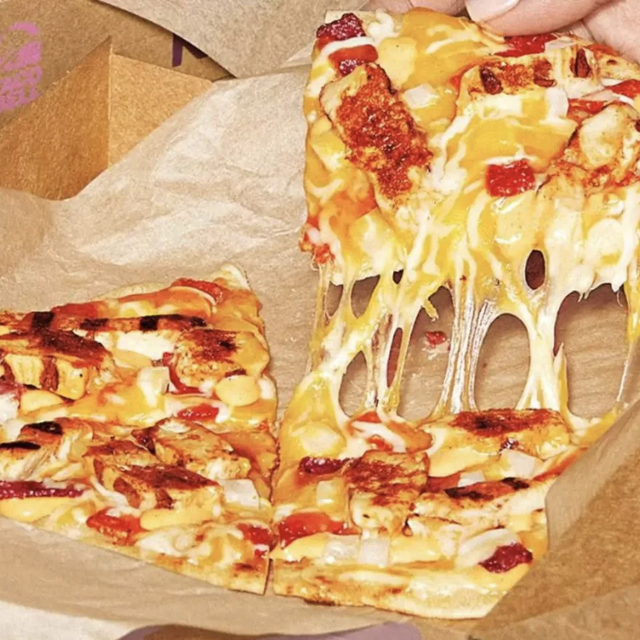 Taco Bell might start selling ACTUAL pizza now, or close to it.  They’re calling it a “Cheesy Chipotle Chicken Flatbread“.  See the photo above.

It’s toasted flatbread with chicken, onions, cheese, tortilla strips, and chipotle sauce...  and you can add jalapeños if you want.  Each one costs $4.

They’re currently testing them at a few locations in Charlotte, North Carolina.  It’s not clear if or when they plan to go nationwide with it.

It’s also not clear if any other topping combinations are in the works.

The Mexican Pizza had been on their menu for decades until two years ago.  Then there was a big uproar, so they brought it back this past May.

They couldn’t meet demand though and ran out of them in two weeks.  But the long national nightmare is almost over.  They’ll be returning as a permanent menu item again on September 15th.