Marie Holmes, $188 Million Powerball Winner, Gets Sued By Pastor for NOT Paying $10 Million Pledge to Church 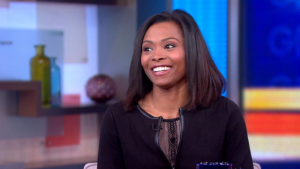 Marie Holmes, the North Carolina woman who snagged the state’s $100 million Powerball, is getting some attention in the media again, all thanks to a local pastor.

Pastor Kevin Mathews has chosen to sue Holmes for $10 million for going back on a verbal agreement the two previously made.

According to Pastor Matthews, “God led me to her house and I prayed with her.” He stated that he eventually went back to her home multiple times to minister to her and even three other people in her home. He later asked her to consider donating money to help him purchase land to build a retreat facility that he had been praying about for years. She later agreed to give him $1.5 million.

According to Matthews, when she went back on her word, he was devastated: “Because of the emotional distress and mental stress they put me through, I had to start taking more medicine for anxiety and depression due to this situation.”

Ruth Sheehan, the 27-year old’s attorney, stated that she was unaware of the situation and knew nothing about the lawsuit.

Since winning the Powerball in February of last year, Holmes has made some questionable choices when it comes to spending her money. She’s bailed her boyfriend out of jail four times, was issued a criminal summons for threatening a woman who stated that Holmes’ boyfriend was cheating, and was even cited for drug possession.

Do you think she owes the pastor or is he trying to capitalize on her good fortune.

Bethenny Frankel Sues TikTok For Using Her Image Without Permission