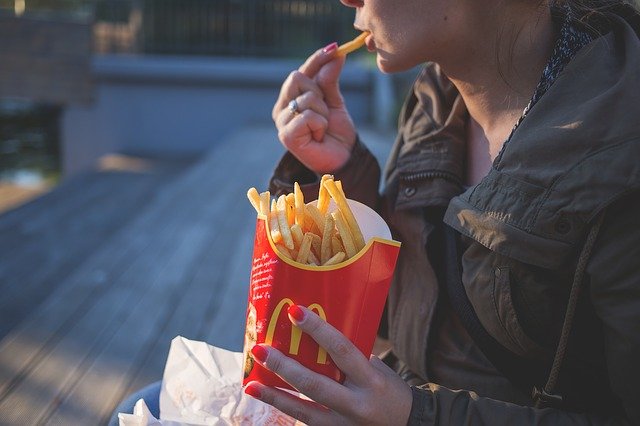 OK…So I’ll give McDonald’s partial props for this. I think it’s very cool they’re doing it, but just know you will still have to build the sandwich yourself.  So all they’re really doing is letting you ask for these by name…

Next week, McDonald’s is adding four MENU HACK items for a limited time.  Meaning food mash-ups that are popular on social media, and a few are fairly epic.  But everything comes separately, so you have to assemble them yourself.

Starting on Monday, you’ll be able to get these four Menu Hack items for a limited time . . .

1.  The Hash Brown McMuffin.  It’s a Sausage McMuffin with a hash brown inside the sandwich.  That’s the only one from their breakfast menu.

2.  The Crunchy Double.  A double cheeseburger, but you add a layer of McNuggets at the bottom and drizzle them with barbecue sauce.

3.  The Surf-and-Turf.  A double cheeseburger with a Filet-O-Fish patty added in.  And there’s an extra middle bun, so it kind of looks like a Big Mac.  (You can only order that one through their app for some reason.)

4.  The Land, Air, and Sea.  It’s a Big Mac with two burger patties like usual . . . but also a Filet-O-Fish patty AND a McChicken patty.

It’s not clear how much each one costs, but we assume they’ll just charge you for the extra elements you’re adding in.