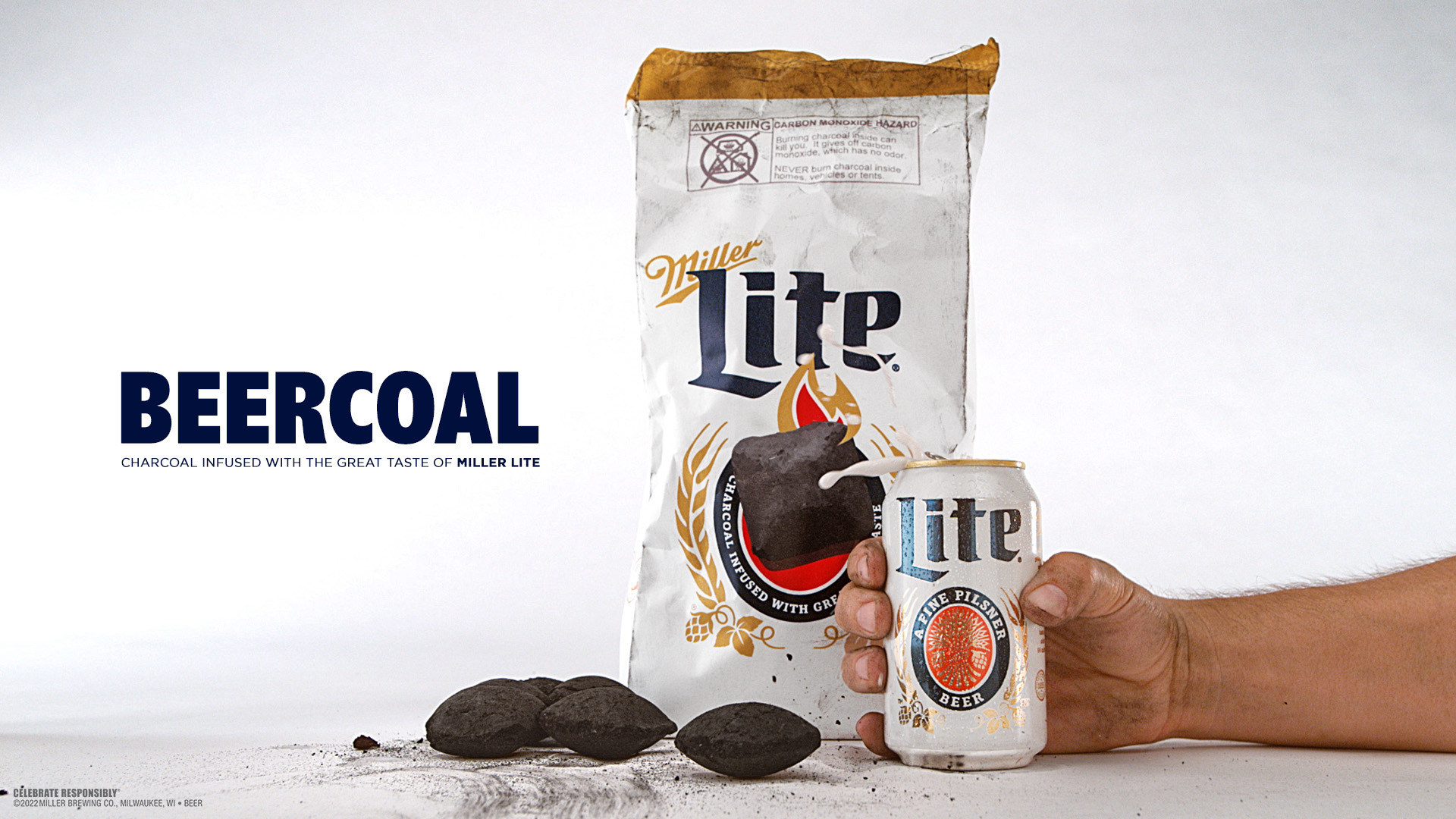 Maybe I’m a hater…but this is a silly idea that deserved an equally silly name… For grilling season, Miller Lite came up with a beer-infused CHARCOAL that they’re calling “Beercoal.”  They also added a slogan:  “Turn Miller Time into Griller Time.”

They announced it last-minute and started selling them on their website yesterday for $12 a bag.  They immediately SOLD OUT, but posted a note that said it’ll be “back soon.”

It’s not clear if they’ll sell it in stores or not.  However, within minutes, someone was already trying to sell a bag on eBay for $250.  Miller’s press release said it could be “purchased nationwide,” but maybe that just meant online?

Each briquette is infused with concentrated Miller Lite.  So it’s supposed to give whatever you grill a slight beer taste.  They say the food cooked over it is “safe for all ages” though.  So the charcoal itself won’t get you drunk.