Mr. Catwell walks down the aisle of Wrestlemania 32!

Mr. Catwell’s back and it’s been fur-ever since we last purred and pranced down the red carpet and sank our teeth into the fashion faux-paws of hollywoods hottest. As awards season has decided to take a catnap, Mr. Catwell has decided to take a leap into the litter of professional wrestling. So, let’s set up the scratching post and rip up the style of sports-entertainment in a riveting review of Wrestlemania 32.

We begin the evening with a canadian kitty, Chris Jericho. Y2J looked super cray as he came to the ring in a light bright electric jacket, blue & red speedo that said GOAT. This look missed the fashion boat. Back in the day, Y2J would be considered fashion fur-ward, but this un-fur-tunate tail has taken a turn for the worse. By my con-cat-u-lations, Chris is 45 years old. Time to put a shirt-on, lionheart, you’re embarassing your kittens. This flimsy fashion should be convicted of furst degree purrder. 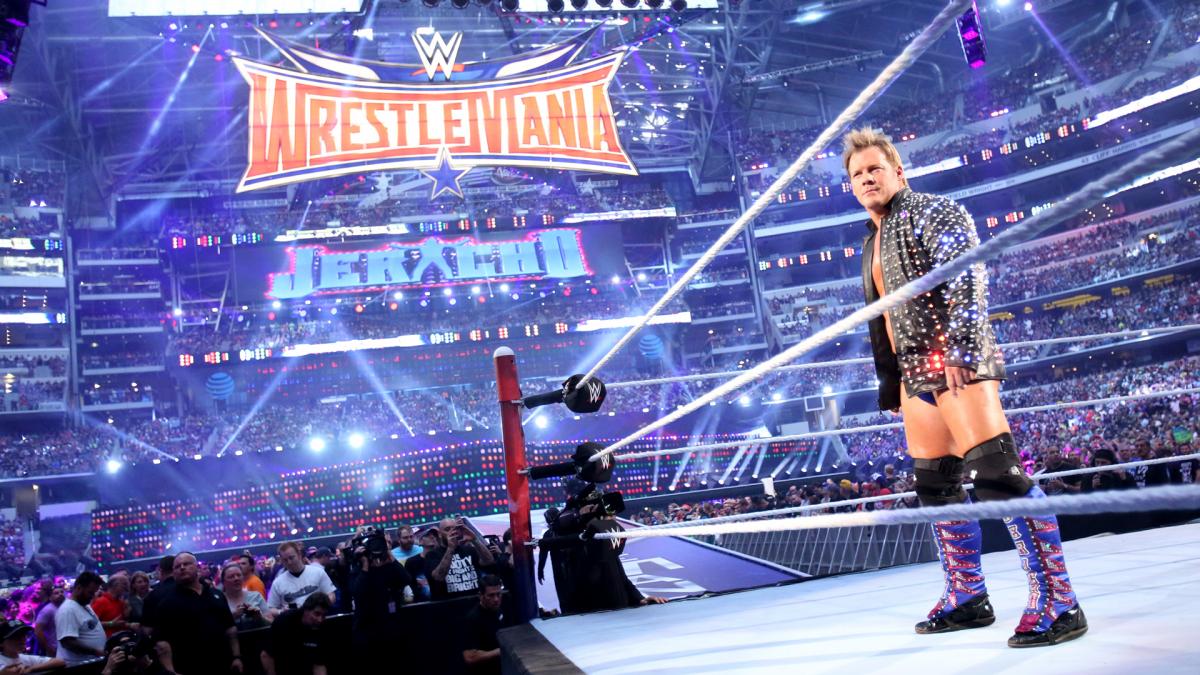 Chris fought AJ Styles. This mewcomer’s look was apawling. He wanted to be a christmas cat as he pranced in candy cane colored pants. He looks like he emerged from the trailer, not the tailor as his look was rather con-fur-sing. I’m trying to be paws-it-ive, but AJs tattoos were rather hiss-terical as he has his own initials tattoed on the side of his chest along with the birthdays of his children. I guess using a calendar would have just been clawful. 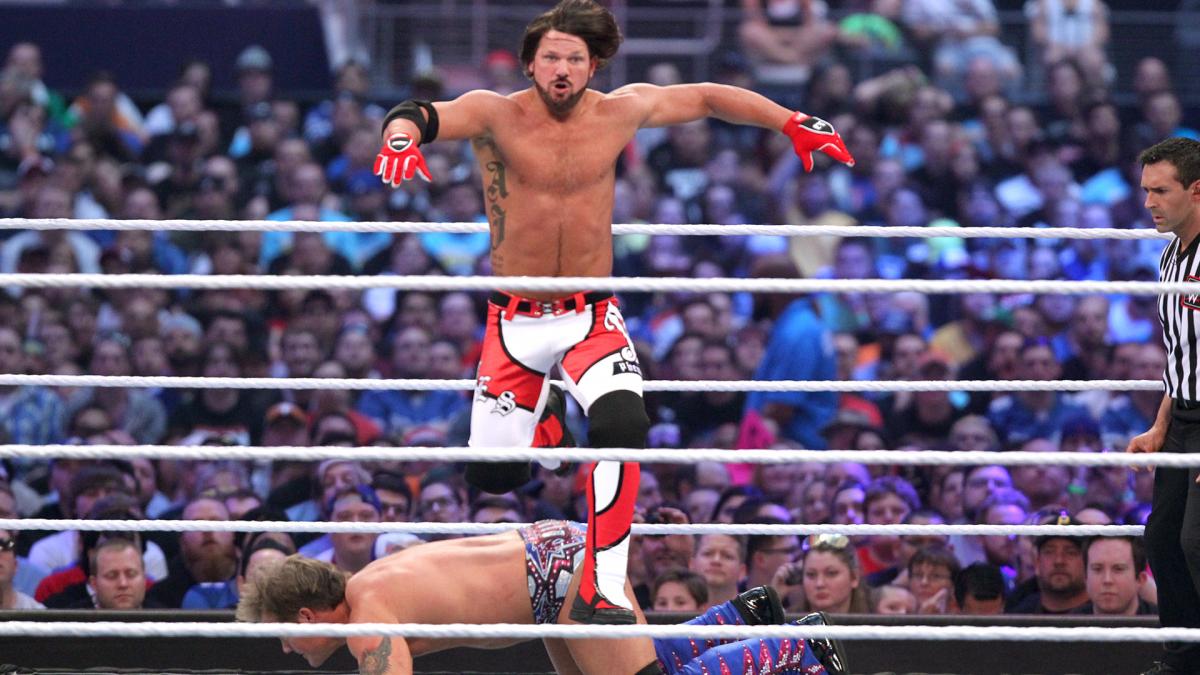 Stepping into the squared circle next is Shane McMahon. Shane was feline good as he rocked black wrestlemania sweatpants and a white Wrestlemania 32 baseball jersey. If it wasn’t for his Air Jordans this sneakerhead would look like he was wrestling in his paw-jamas. His grey hair made me stare as it looks as if he took this match on a dare. Someone help meowt, what is he doing here? Even though other fashion critics may cat-a-gorically bash his look. The mewnimum look kept him com-fur-table, and that’s really all that matters. 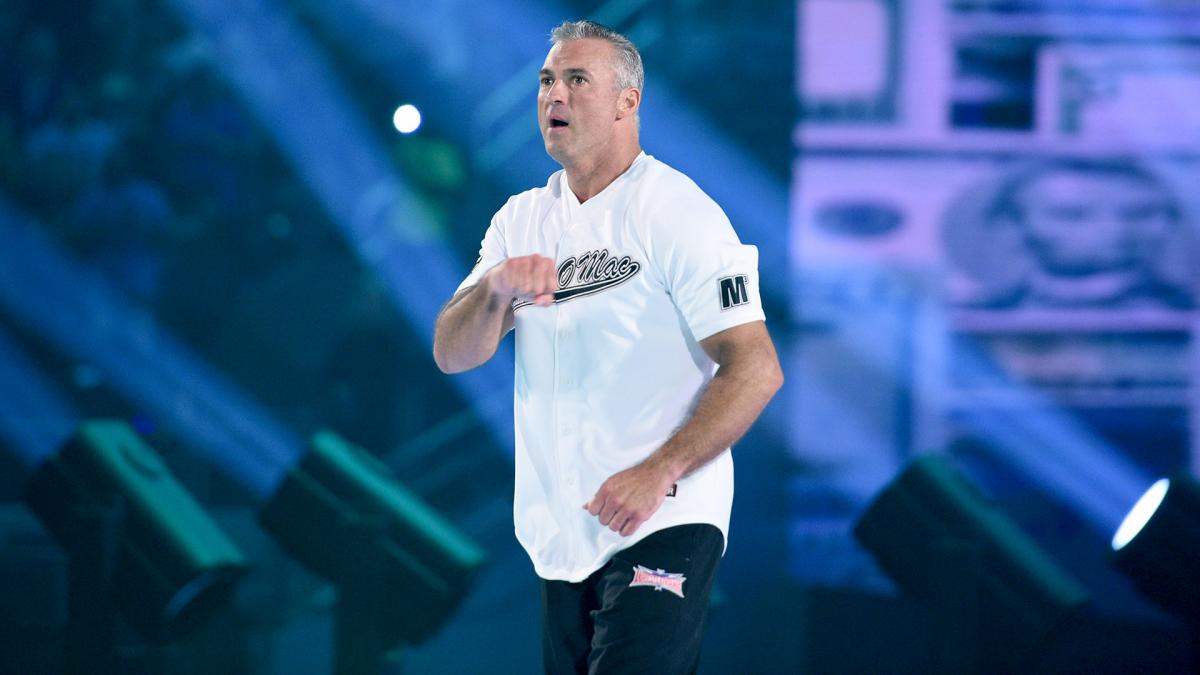 Up next we had the deadman, at least his fashion had no pulse…it’s The Undertaker. One of the announcers called him the big cat, this reviewer took offense to that beclaws this deadman’s droopy demeanor is definitely that of a dog. The deadman was decked out in a dreary draped coat, tanktop, and studded black pleather pants. This hiss-toric character’s look is cat-a-strophic. This undead zombie looks like he hangs out in a biker bar lobby. Don’t get me wrong, taker is meownificant but his look should be extinct. 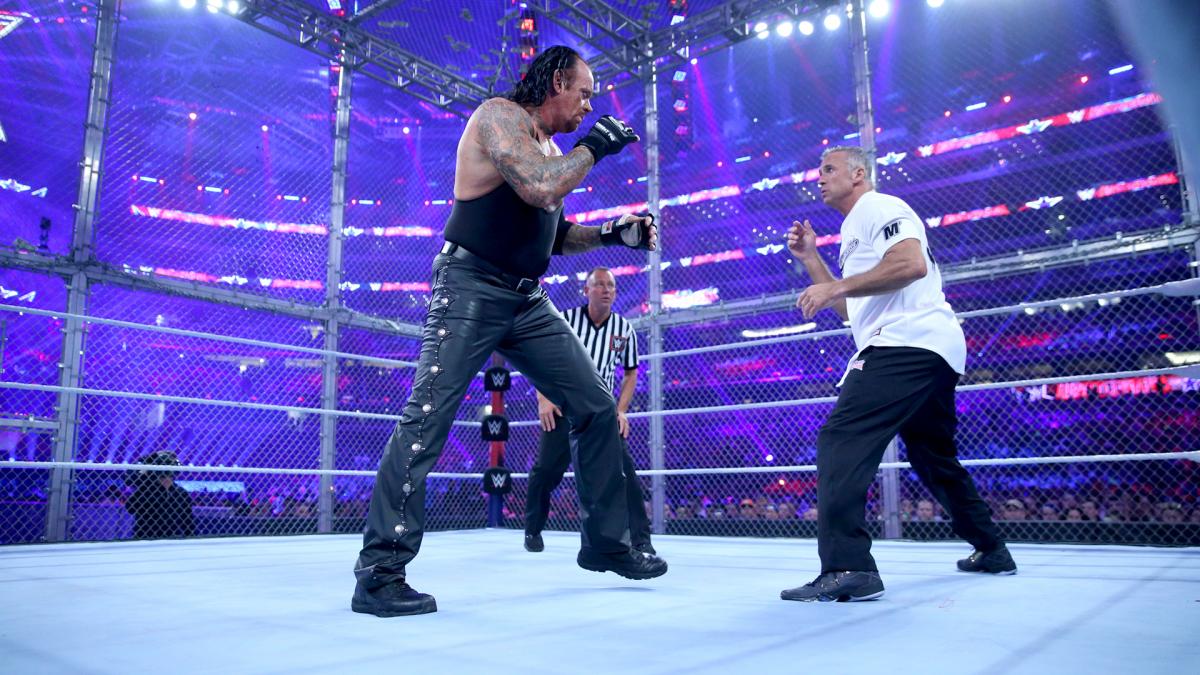 In the world of sports, there’s only one man who still wears jorts…it’s the return of john cena. The crowd went mild as Cena sported his green and orange shirt, cap, and hand towel? A hand towel? Who would pawsibily purchase such a putrid product? Orange and green? Is he a ninja turtle? Paw-done-me but this look was totally meowuch. 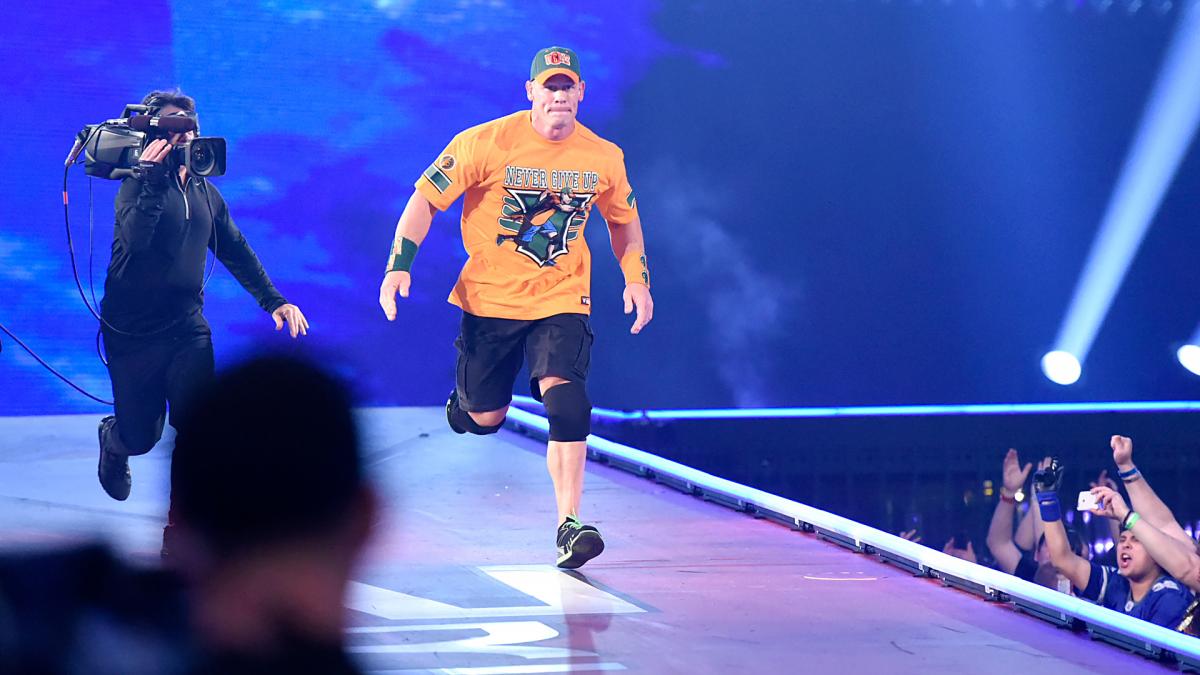 Streaking through the stadium is Stephanie McMahon. This dame was straight out of a def leopard video in her leather jacket with cape and that hair made me stare. Yikes, someone needs to call the groomer for this purr-incess of pro wrestling. This look was clawst in translation. Typically her style is a fancy feast, but on this night it looked like she paw-cat-stinated and grabbed this ghoulish garb. 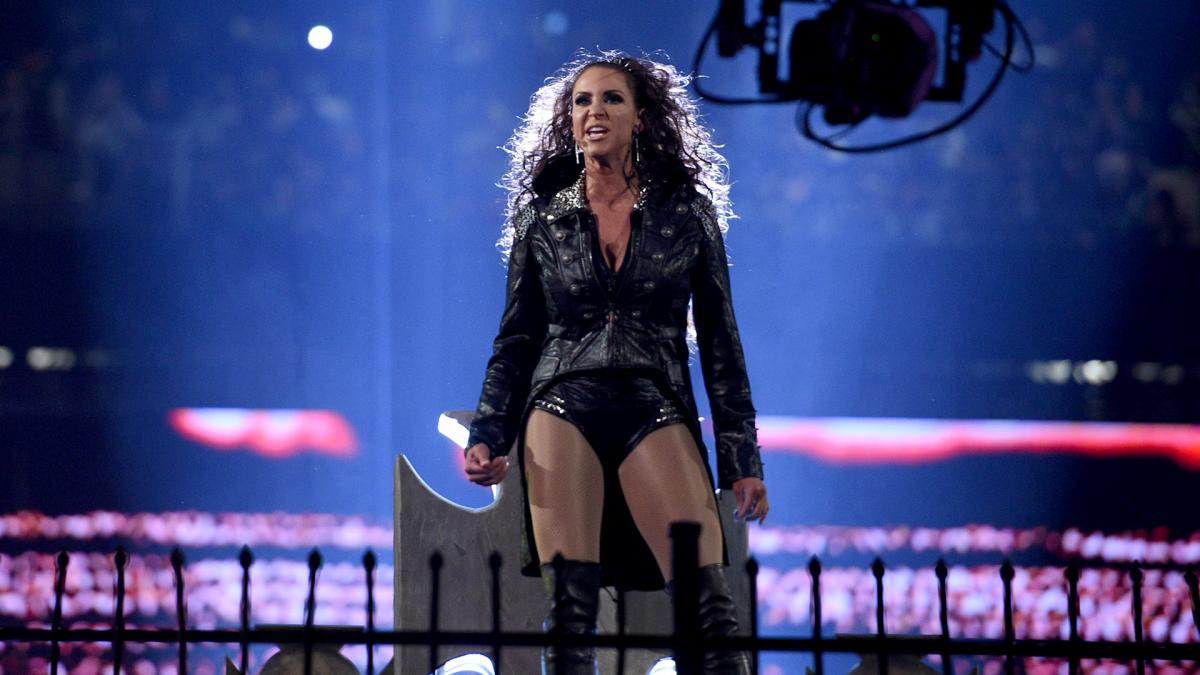 Cha-ching, we’ve hit the jackpot with Sasha Banks. Her look was purriceless as her perfect pink hair made us stop and stare. The legit boss took the loss, but won the night with her neon red tights. Her meowfit was a tribute to the late Eddie Guerrero, and it had me stare yo. She’s a fan favorite and is definitely not a cheetah. At just 24, this fashion forward feline looks to be on the prowl for a long, long time. 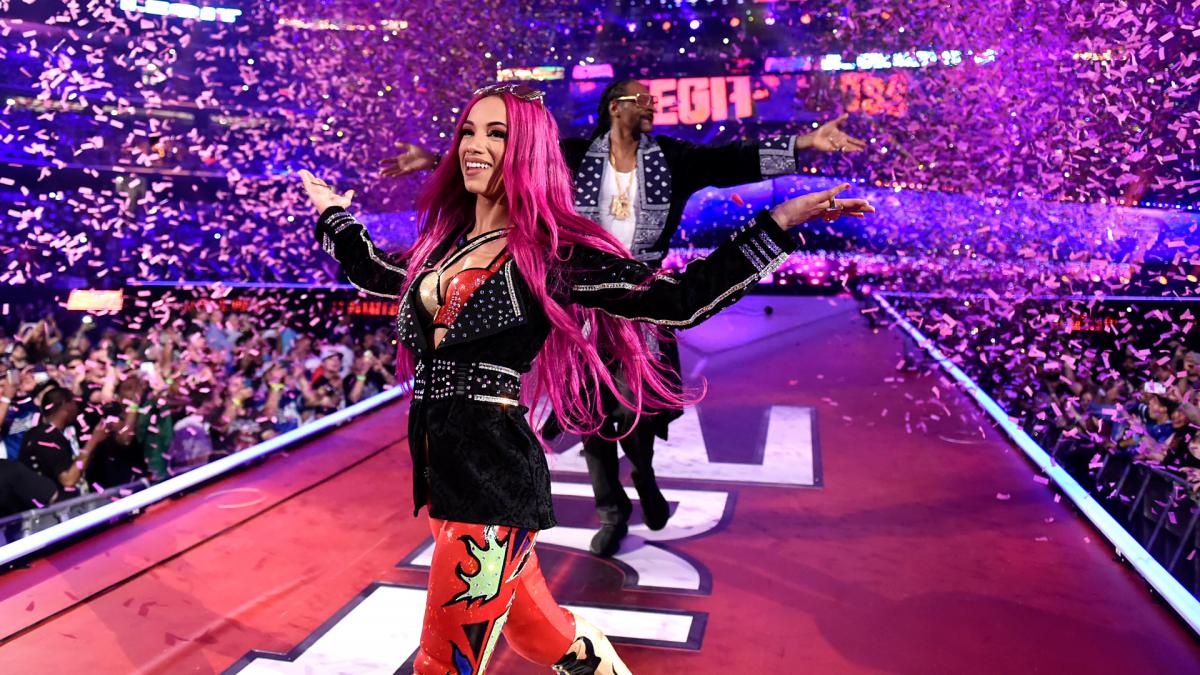 In catclusion, this catvalcade of characters couldn’t be caught in some of their costumes outside of the carnival of carnage that is Wrestlemania. Beclaws of that, Mr. Catwell is rather comfortable crafting this column without being too caustic. Afterall, these are athletes not a-listers. Some looks still suf-furred, but overall it was pretty powerful profursional wrestling style…and we can look every once and a while. Until the next time a red carpet rolls out, cat’s all folks.
Tags: front-blog

A Pilot Announces a Passenger's Victory Over Breast Cancer

87% of Cat Owners Are "Baffled" By Their Cat's Behavior