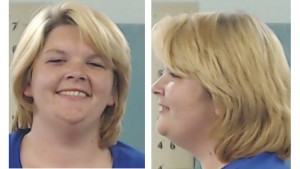 GRANITE SHOALS, Texas – A police department northwest of Austin says a woman was arrested after she responded to their Facebook hoax about contaminated drugs.

The hoax, posted to Facebook on Tuesday, stated “Breaking News: Area Meth and Heroin Supply Possibly Contaminated With Ebola. Meth and Heroin recently brought in to Central Texas as well as the ingredients used to make it could be contaminated with the life threatening disease Ebola. If you have recently purchased meth or heroin in Central Texas, please take it to the local police or sheriff department so it can be screened with a special device. DO NOT use it until it has been properly checked for possible Ebola contamination! Contact any Granite Shoals PD officer for testing. Please share in hopes we get this information to anyone who has any contaminated meth or heroin that needs tested.”

Two days later, Granite Shoals Police say a “concerned citizen” brought her drugs to the police station so officers could test it. The woman, identified by police as 29-year-old Chasity Hopson, was arrested and charged with possession of a controlled substance.

Some of the department’s Facebook followers got a good laugh out of the arrest and congratulated police, but others questioned the woman’s mental health and claimed it was police entrapment.