Prince’s Remains Are Now On Display At Paisley Park 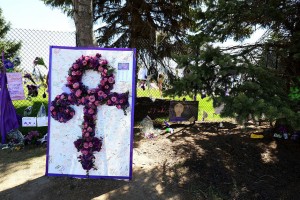 The remains of late music icon Prince, who died earlier this year, have finally been placed in his Paisley Park home.

Tyka and President Nelson have teamed up with Foreverence artists to create an urn that would fit in with Prince’s Paisley Park. The urn includes images of white doves, a scale-model of Paisley Park, and Prince’s purple Yamaha piano.