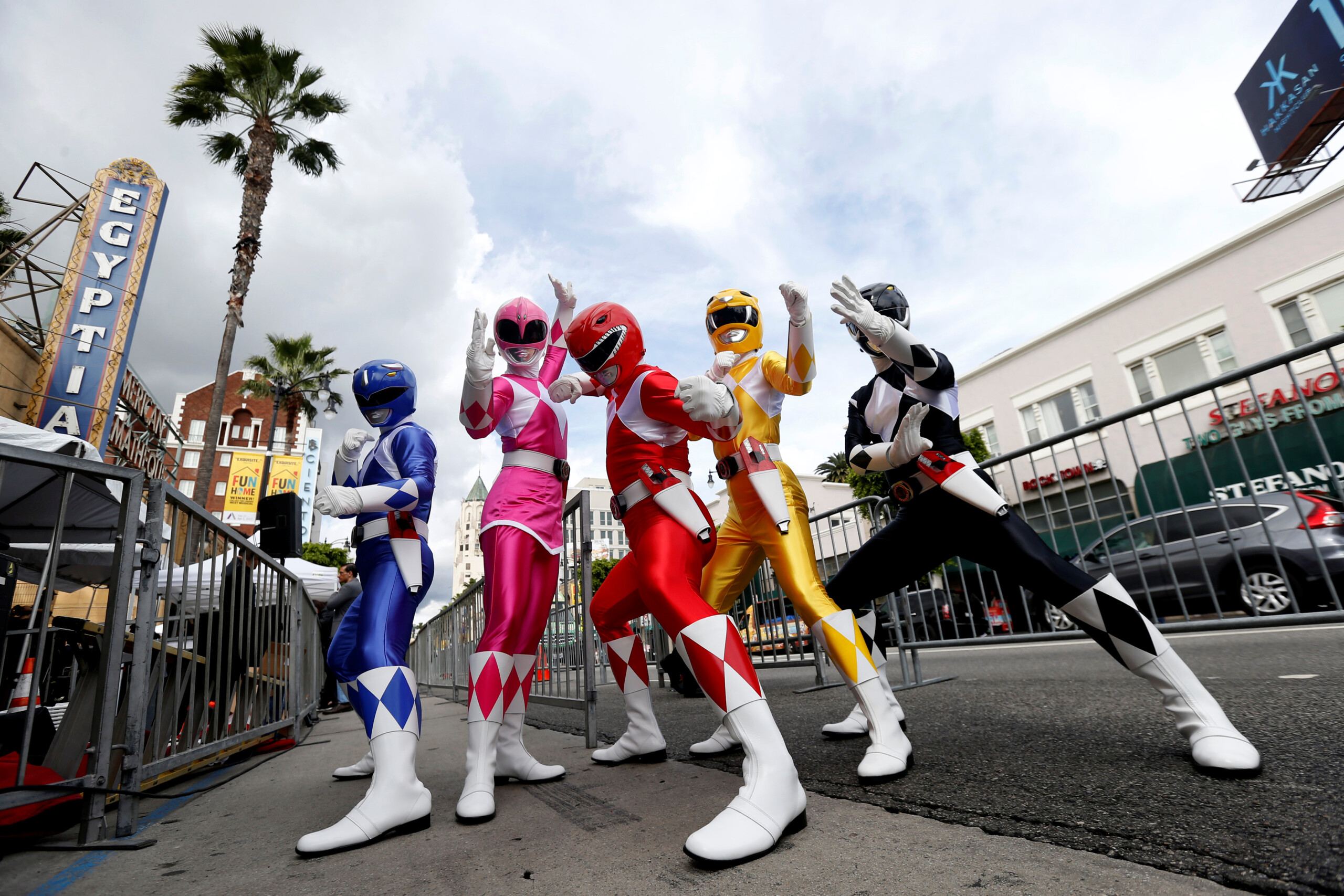 People dressed like the characters of Power Rangers pose at the unveiling of the star for Israeli-American producer Haim Saban on the Hollywood Walk of Fame in Los Angeles, California U.S., March 22, 2017. REUTERS/Mario Anzuoni

Also, Charlie Kersh will play Minh, the daughter of original Yellow Ranger Trini.  Trini was played by Thuy Trang, who died in a car accident in 2001.

There’s no word if the show will pay tribute to original Green Ranger Jason David Frank, who took his own life last year.

But Barbara Goodson is coming back as the voice of Rita Repulsa, and Richard Horvitz is returning to voice Alpha 5.