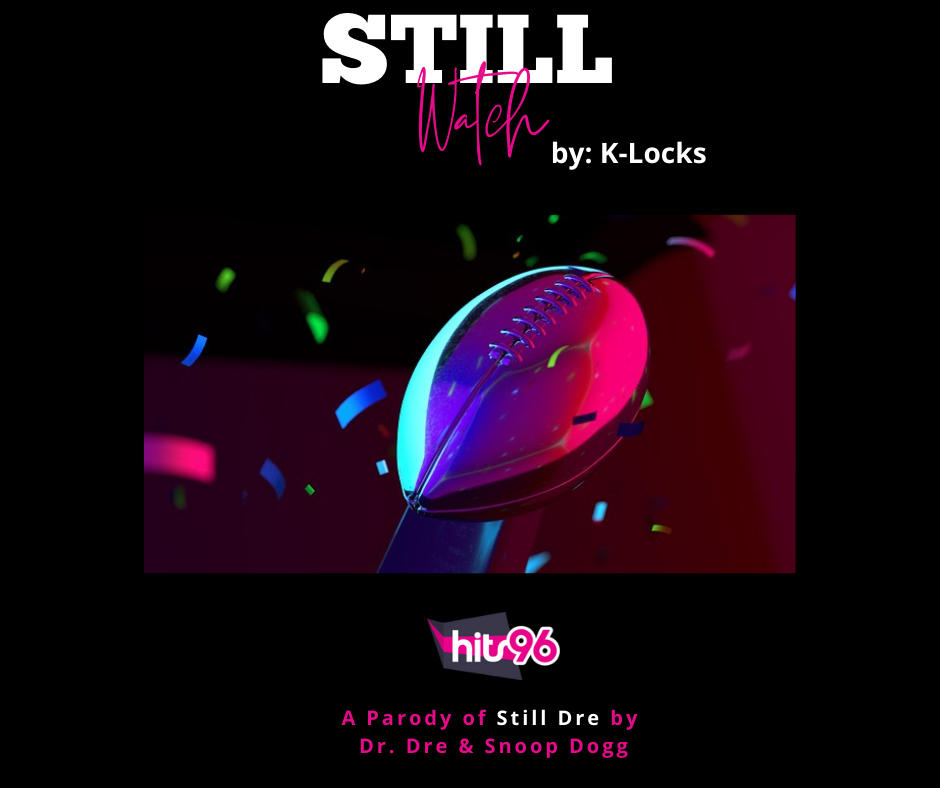 In honor of Super Bowl 56 coming up on February 13th with the Halftime Show being performed by Dr. Dre, Snoop Dogg, Eminem, Mary J. Blige, and Kendrick Lamar… I asked my brother who has been a long time fan of hip hop and someone who occasionally writes his own songs to see if he’d be willing to write and record a Super Bowl Parody for Hits 96. “Still Watch” a parody of Dr. Dre and Snoop Dogg’s “Still Dre” is what he came up with.

Click below to listen to my conversation with my brother Kevin aka K-Locks about the song and to hear “Still Watch” click the video.