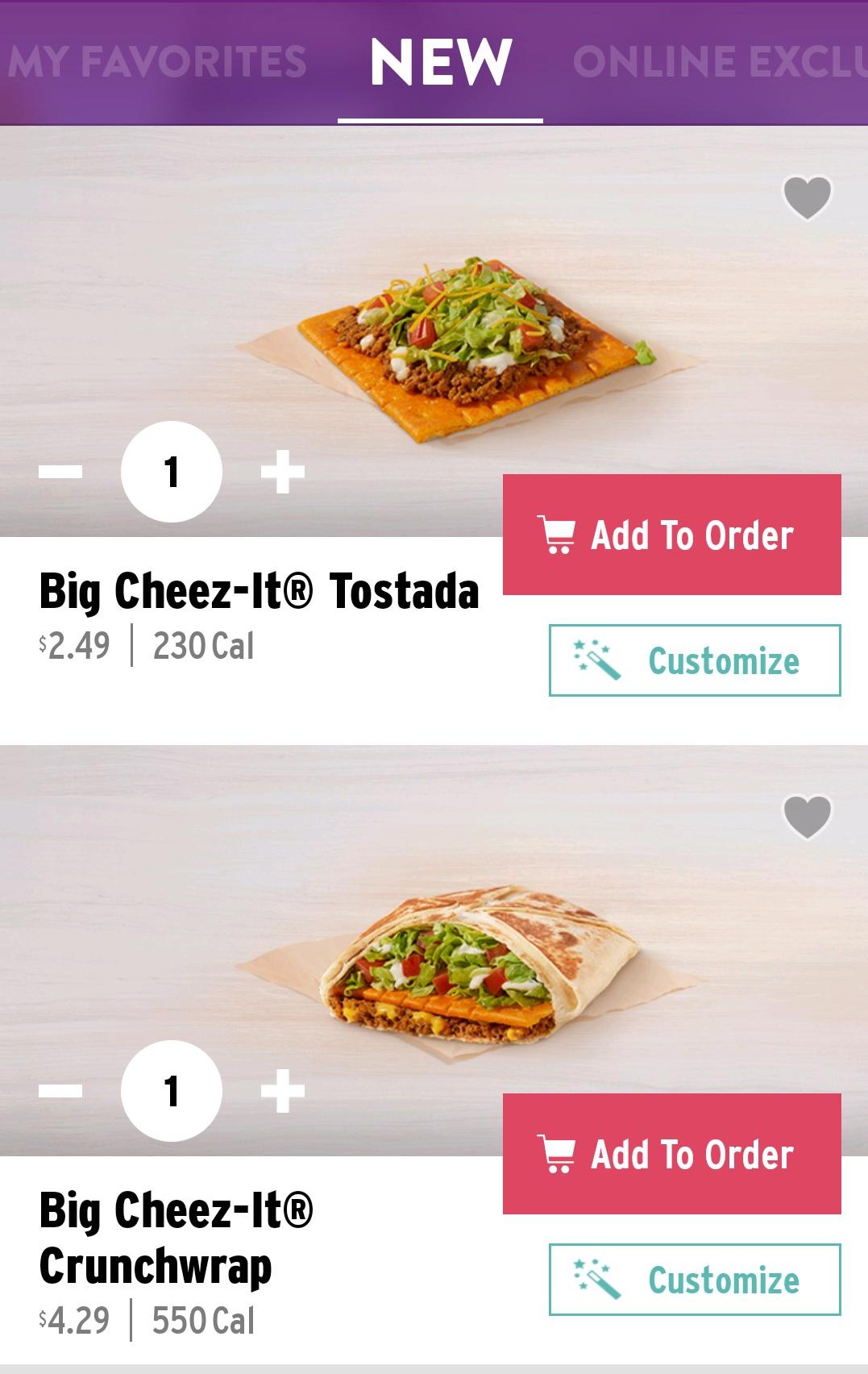 If a Doritos taco worked, I guess this is the next logical step…

The first one is a “Big Cheez-It Tostada” that looks like a normal tostada.  But instead of a flat tortilla shell, it’s served on a Cheez-It the size of your hand.

The second one is a “Big Cheez-It Crunchwrap” that’s got the same huge Cheez-It INSIDE instead of a tortilla shell.

Someone ordering online spotted them on the menu at a Taco Bell in Irvine, California and posted a screenshot to Reddit.  It’s not clear if any other locations have them yet, or when they might go nationwide.