Tommy Davidson Joins Gino D to talk about The Proud Family Revival on Disney+ and More! 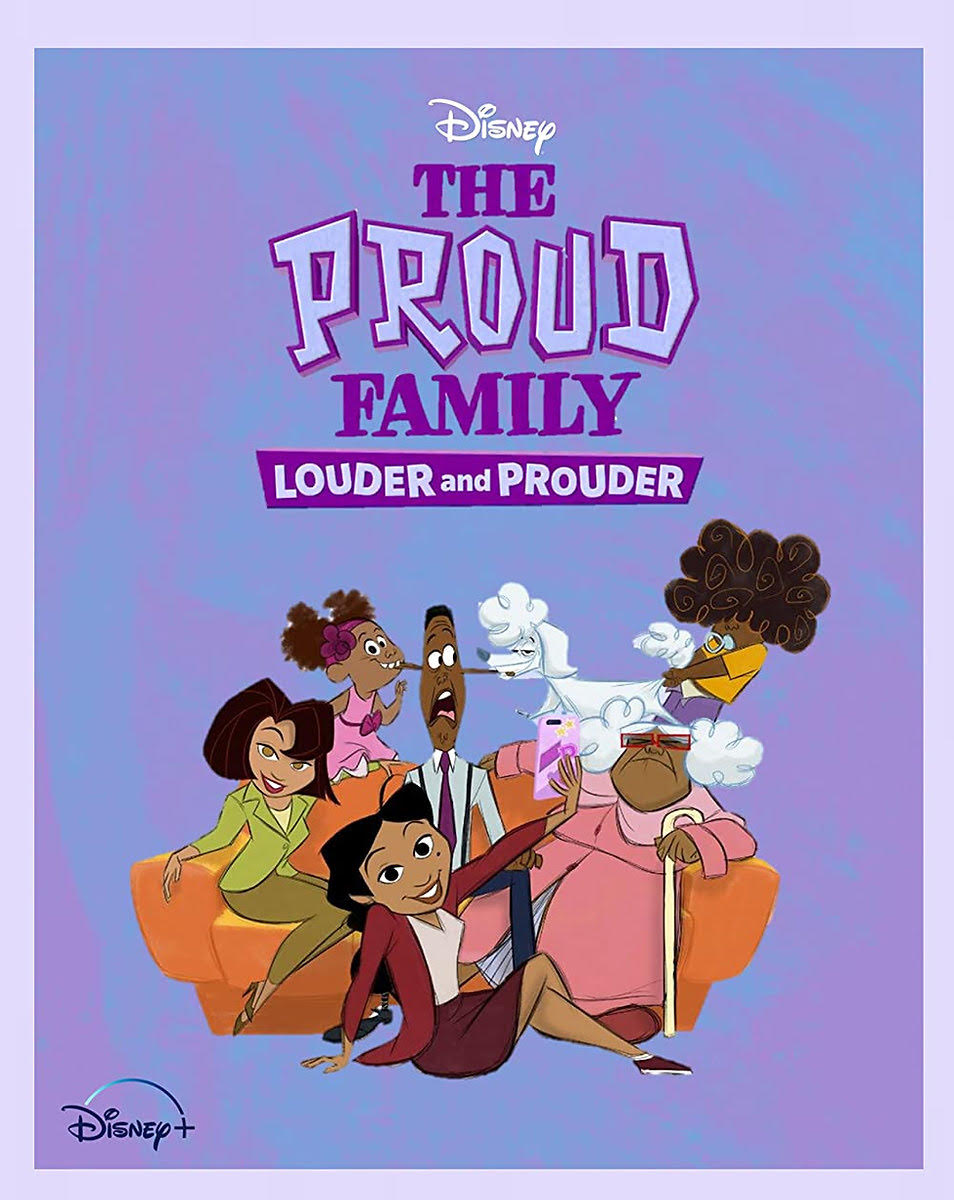 Tommy Davidson is reprising his role as patriarch Oscar Proud in Disney+’s Proud Family revival ‘The Proud Family: Louder and Prouder ‘ and it launched on Wednesday, Feb. 23rd.
Tommy joined Gino D this afternoon to tell us all about it, plus he has kicked off a 2022 Comedy Tour with Mike Epps and just released his new debut smooth jazz single, “Sweet Reunion“ featuring Dave Koz.
Listen to the interview below, learn more about his career, and listen to his NEW song…

ABOUT The Proud Family:

The Proud Family: Louder and Prouder, in which Tommy Davidson returns as the patriarch, ‘Oscar Proud,’ in the fan favorite, iconic series with the 2022 reboot exclusive to Disney+.

All previous seasons of “The Proud Family” are now also available on Disney+.

Davidson started his career as a stand-up comedian in Washington DC, earning an ardent following with sheer hard work in various comedy clubs. As one of the cutting-edge, young stand-ups, he was spotted by major concert promoters, who booked him as the opening act for A-list touring acts, including Patti LaBelle, Kenny G and Luther Vandross. It wasn’t long before he came to Hollywood and was performing stand-up at a number of clubs, including the Comedy Act Theatre, where he met Robert Townsend. This led to his first national television appearance, with a starring role in Partners in Crime (2005) and was the conduit to Keenen Ivory Wayans, who proved instrumental in Davidson’s career by offering him an opportunity to audition and join the uniquely talented cast of the most adventurous prime-time variety show of its day, In Living Color (1990). He, Jamie Foxx, Jim Carrey and Damon Wayans made TV history with their originality.

Tommy’s impressive film debut was opposite Halle Berry in Strictly Business (1991). He immediately segued into select high-profile films, starring opposite Jada Pinkett Smith in the romantic comedy, Woo (1998) (New Line), and in the provocative urban comedy, Booty Call (1997) (Columbia Pictures). His credits include numerous feature film roles, from Spike Lee‘s Bamboozled (2000), where he received acclaim and praise for his turn as “Womack/Sleep ‘N Eats”, to Juwanna Mann (2002) (Morgan Creek Productions’) and the pivotal cameo in Jim Carrey‘s Ace Ventura: When Nature Calls (1995), which has become a cult favorite.

Davidson’s hilarious impressions of Sammy Davis Jr., Michael Jackson and other icons have become infamous. His visibility on In Living Color (1990) led to three Showtime specials: “On Strength of New York”, “Illin’ in Philly” and “Takin’ it to DC”. His elasticity as a performer who delivers on both the big and small screen led to other projects like the lead in the Disney’s animated series, The Proud Family (2001), and as a host on FOX’s “The NFL Show”, alongside football greats Michael Irvin and Tony Siragusa. Davidson also portrays the lead in Will Smith‘s up-and-coming animated series, “Youngin’s” (2000).

Tommy stars – along with 80 other star stand-ups – in I Am Comic (2010), opposite Tim Allen, Lewis Black, Sarah Silverman, Carlos Mencia, Jeff Foxworthy and Kathy Griffin. The film, which premiered on Showtime, is one of Netflix’s surefire hits, enjoying a continual surge as a favorite with consumers. Davidson scored big with reviewers and audiences, alike, opposite Michael Jai White, in the critically-lauded spoof comedy, Black Dynamite(2009) (Sony Pictures), last year’s big Sundance hit, which is currently being adapted as a cartoon for Adult Swim.

He is receiving critical raves for a cameo in Ahmed Ahmed‘s award-winning documentary, Just Like Us (2010), a feature film masterpiece which is a cross-cultural study of stand-up comedy bridging all ethnicities. Tommy travels internationally selling out every venue in which he headlines.

For more on Tommy, go to his website: https://www.thetommydavidson.com