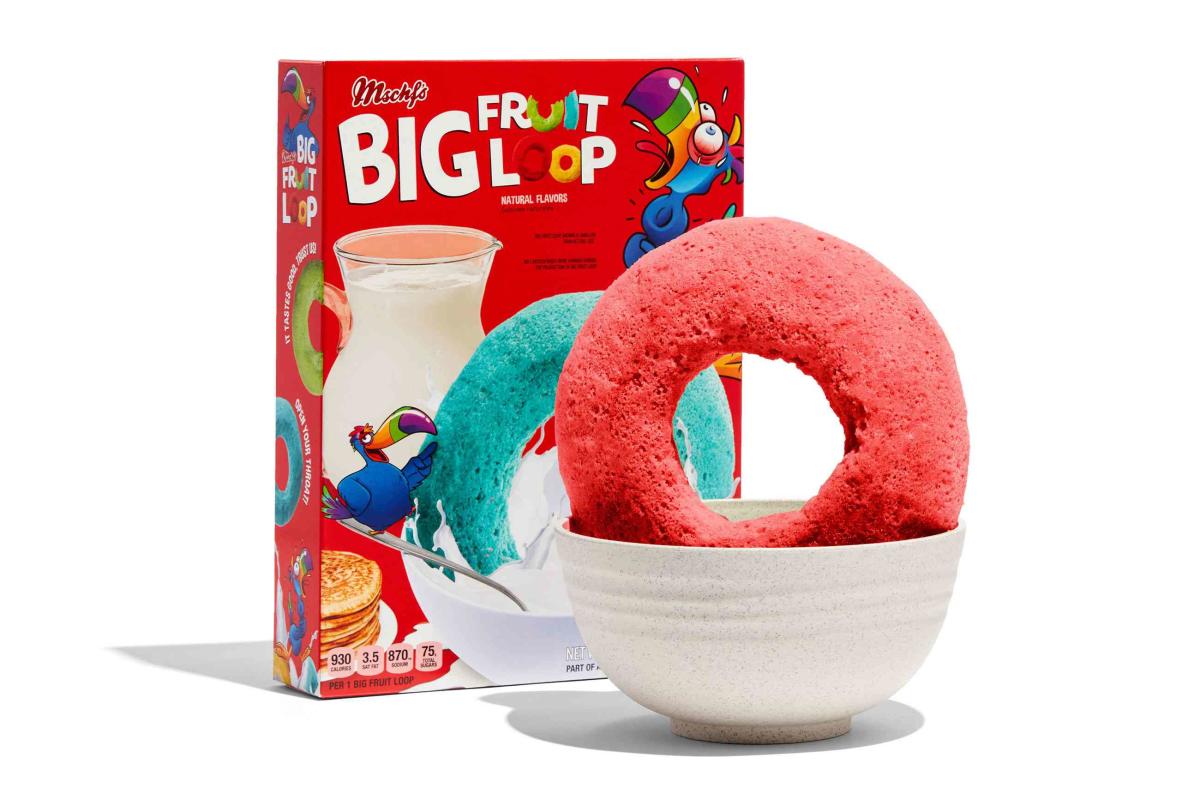 It’s been more than 33 YEARS since “Honey, I Shrunk the Kids” came out…  and if you’ve spent that time waiting for the day you could eat a single, giant piece of cereal, well, here you go.

An “art collective” called MSCHF has created a cereal called “Big Fruit Loop,” which is a box with a single, giant Fruit Loop inside.  Obviously, it’s a play on the actual Froot Loops cereal, but this is an UNAUTHORIZED stunt, so they had to create their own recipe to mimic the real one.

They didn’t reveal how they made it, other than saying that “it was not easy.”

The Big Fruit Loop boxes will be sold online for $19.99 starting Monday.  It’s unclear how many will be available, so if you want one, you should go to the website BigFruitLoop.com first thing Monday.

The color of the Fruit Loop you get is random.  They haven’t released any measurements for it, but they do note that it’s roughly the size of the box, and that it’s 930 calories.  One serving of the REAL cereal is 150 calories.