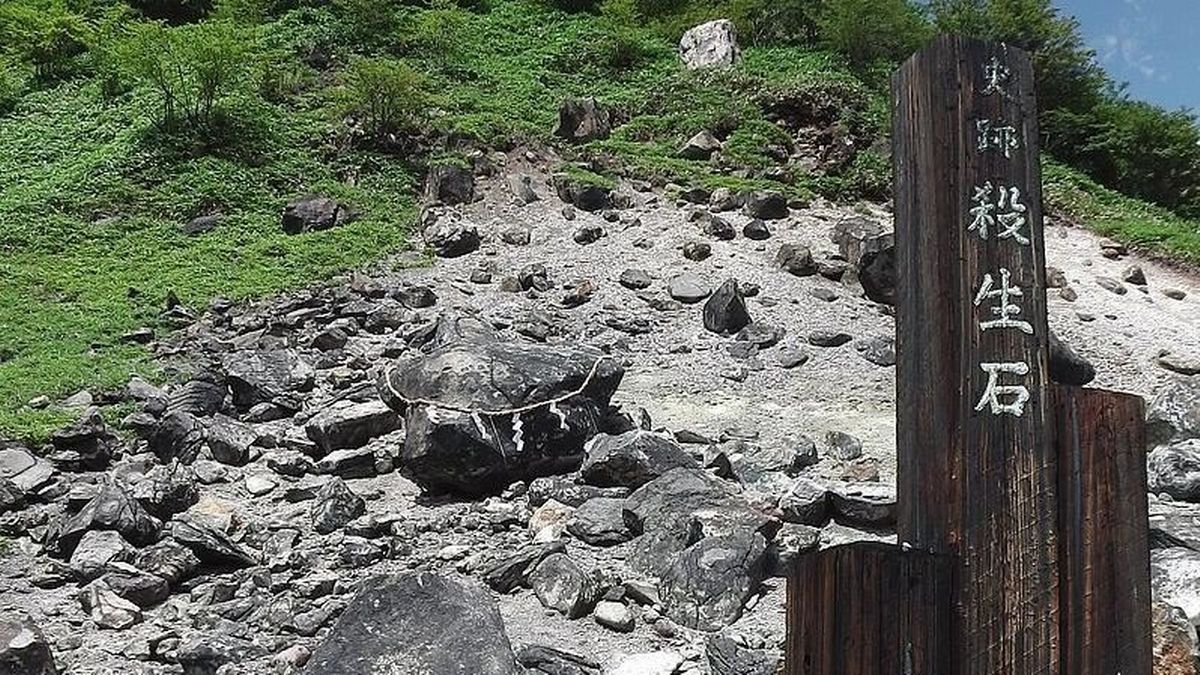 This is definitely something…NOT what we need.

An ancient rock said to contain an evil demon has cracked open. The rock is in Japan, where it’s known as the “killing stone,” and has split in two.

Legend says the volcanic rock is the home to the nine-tailed fox known as Tamomom-No-Mae, and that those who come into contact with the rock will die.

Folklore also says the rock continually spews out poisonous gas. Now that the rock has split, some are nervous to visit the tourist hotspot where it sits in the mountains of Tochigi.

Japanese officials are still trying to decide what to do with the rock, and some on Twitter are expressing their fears about what the split could mean. It’s thought rainwater may have gotten inside the rock and caused damage.