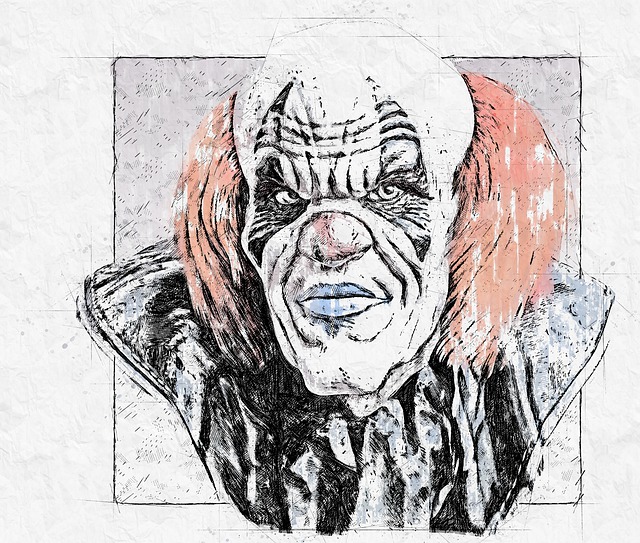 A family in the UK is very freaked out after a creepy painting of a clown holding a candle appeared in their backyard recently.

The family says the back of the painting contains a Bible passage, and they have no idea where the piece came from, who put it there, or what it means. The homeowners say the back reads “Let your light shine, Matthew 5:16”.

The family is so freaked out that they asked neighbors if it was part of a prank, and have even posted about it on social media in hopes of finding an answer. Some speculated that the painting could be a tactic used by burglars to “mark houses,” while others noted it looked like the murderous clown Pennywise from Stephen King’s horror story IT.

The homeowners say they will not report the incident to police, and that they ended up throwing the painting away.