Fetty Wap is Sued!! ‘Trap Queen’ is a Rip Off from another artist! 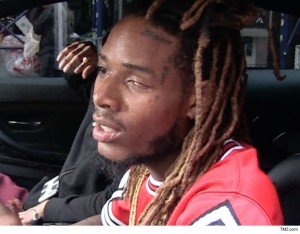 Fetty Wap  and his producer on “Trap Queen” are being sued by a Danish songwriter who claims they jacked his beat without permission for Wap’s monster hit.

In his lawsuit, Lazar Lakic says he purchased exclusive rights in 2014 to a beat called, “Hello” … from producer Tony Fadd. Lakic says that’s why he was shocked to hear it sampled in “Trap Queen.”

Lakic says Fadd contacted him in January 2015 in an attempt to buy back the rights to “Hello,” but Lakic declined. “Trap Queen” ended up going 4x platinum in the US, and Lakic says he never got a cut.

Fetty’s attorney, Navarro Gray, says Fetty legally bought the beat from Fadd and has the contract to prove it. So if Lakic is awarded damages, Fetty says he’ll go after Fadd to cover it.

Lakic is suing for profits from the banger. He also wants to destroy all copies and stop all sales of “Trap Queen”!!!