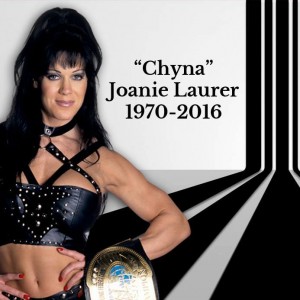 The nature and cause of her death are under investigation by the Los Angeles County Coroner’s department.

“It is with deep sadness to inform you today that we lost a true icon, a real life superhero,” the statement reads. “Joanie Laurer aka Chyna, the 9th wonder of the world has passed away. She will live forever in the memories of her millions of fans and all of us that loved her.”