Here’s the Knife that Dave Chappelle’s Attacker Had 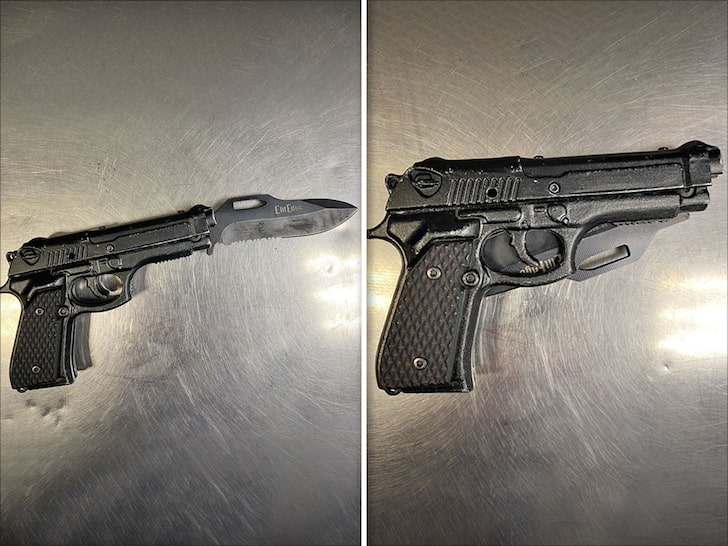 When Dave Chapelle was attacked onstage Tuesday night, it wasn’t immediately clear what kind of weapon the guy had.  Did he have a fake gun and a knife?  A fake gun and a fake knife?  Well, turns out it was a real knife, sticking out of a fake gun.

The blade sticks out of the barrel, sort of like a bayonet, see above.  You can also fold it back in like a switchblade or a lock blade.

There were metal detectors at the venue, but TMZ says there was one entrance where this guy could have gotten around them.

Speaking of said assailant, he’s actually a wannabe rapper who released a song in 2020 called,“Dave Chappell”.  But he spelled Dave’s last name without the last E.

Here’s the track if you’d like to hear it, just know it does contain profanity.

Chappelle’s rep issued a statement yesterday calling the attack “unfortunate and unsettling,” but said Dave refused to let it, quote, “overshadow the magic” of the “Netflix is a Joke” event.

There’s also much better video of the whole incident now and you can catch that here.