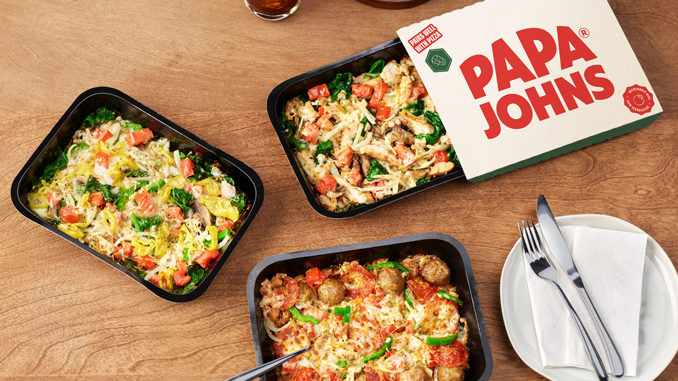 We’ve all had a bad pizza crust or maybe felt a little guilty about how much crust we were consuming… but have you ever considered just scraping all the toppings off the pizza and eating that?  Me neither, but some people apparently do.

Papa John’s is introducing a new option later this month called “Papa Bowls,” which are just all the toppings…  meats, veggies, cheese, and sauce .baked together WITHOUT a crust.  So …it’s basically a casserole.

There are three varieties, Italian Meats Trio, Chicken Alfredo, and Garden Veggie.  You can also create your own, just like a normal pizza.

The bowls will be available to loyalty members starting next Monday and to everyone else starting on August 22nd.  Most locations will have them at $7.99 each.