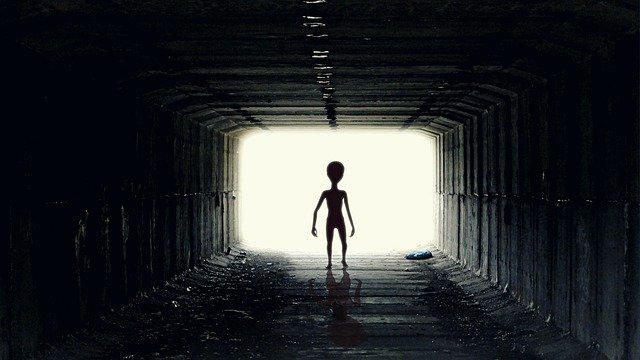 Do you think aliens from another planet might live under our oceans?

A “UFO researcher” says he has discovered evidence of ancient aliens at the bottom of the Pacific Ocean.

The researcher, Scott Waring, shared the discovery earlier this month. Waring says he found the circular object off the coast of Nazca, Peru, while looking at Google Earth, and he thinks it’s a submerged UFO.

The object in question is a dark circle, and Waring believes the object is a nearly 5-mile-wide UFO sitting there, and that it’s somehow connected to the Nazca Lines in Peru, because of its proximity to the lines.

The Nazca Lines are a group of geoglyphs in the Nazca Desert, and archaeologists have long said the lines may be an attempt to contact deities in the sky.