Robert Downey Jr. changes mind on ‘Iron Man 4’: ‘I could do one more’ 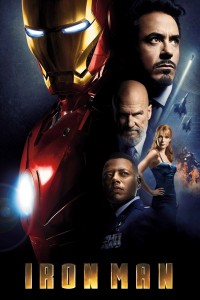 Less than two months after he said of doing another solo Iron Man project, “I don’t think that’s in the cards,” Robert Downey Jr. is apparently changed his tune.

In an interview with the ABC show Nightline, the Oscar-nominated actor said, “I feel like I could do one more.”

This would certainly be good news for Marvel and their parent company, Disney. Since the Iron Man franchise began in 2008, the three films have taken in a combined $2.4 billion worldwide. Iron Man 3 grossed $1.2 billion alone.

This is not to say RDJ hasn’t been keeping busy as Tony Stark. In addition to the Iron Man films, he’s also done two Avengers projects, the upcoming Captain America: Civil War and it was just announced that he’ll be in Spider-Man: Homecoming. That movie is scheduled for a July 2017 release.