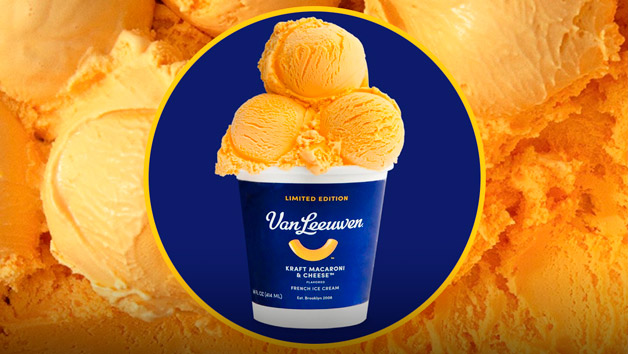 We heard about this last summer, but it was a limited-time-only thing and sold out in an hour.  This time, you can actually try it . . . that’s IF you want to.

Kraft Mac-and-Cheese flavored ICE CREAM is back, and available at Walmart starting today.  They partnered with an ice cream joint in Brooklyn called Van Leeuwen.

Walmart is actually selling seven Van Leeuwen flavors, including another one that’s either delicious or disgusting:  PIZZA-flavored ice cream.

They describe it as “cream cheese and mozzarella ice cream, with a tomato jam swirl and basil crust cookies.”  (Here’s a photo.)

Pints of both versions …along with the other five flavors … will be available at Walmarts in all 50 states for the next 10 weeks.

Are you going to try it?