YOU can tour Prince’s Paisley Park! 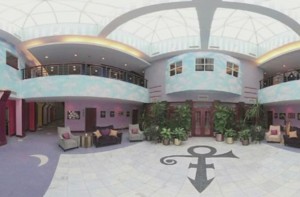 According to a news release from Prince’s trust, Prince fans will soon have the chance to tour the 65,000-square-foot complex in the Minneapolis suburb of Chanhassen, where Prince died of a painkiller overdose in April.

Prince’s sister, Tyka Nelson, says in the statement that opening Paisley Park is something that Prince always wanted to do and was actively working on.

The tours will include access to studios where Prince recorded, produced and mixed most of his biggest hits. Also on display will be thousands of artifacts from his personal archives.

Tickets are on sale now at www.officialpaisleypark.com