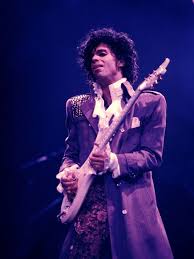 The paper says the battle has been ongoing for months in CARVER COUNTY DISTRICT COURT in MINNEAPOLIS, but now it has escalated into a federal suit.

Before his death on APRIL 21st, his NPG entered into an agreement with TIDAL to stream and sell “the next newly recorded studio LP by the recording artist known as PRINCE.” The album was “HitNRun: Phase 1.” The letter of intent, dated AUGUST 1st, 2015, gave TIDAL exclusive rights to the material for 90 days, which the lawsuit acknowledges.

The complaint alleges that TIDAL began “exploiting many copyrighted PRINCE works in addition to the works that comprise the ‘HitNRun: Phase 1’ album,” on JUNE 7th.

On OCTOBER 21st, NOVEMBER 7th and NOVEMBER 11th, ROC NATION filed documents asserting it had “both oral and written” agreements to exclusively stream PRINCE’s entire catalog of music on TIDAL. But ROC NATION did not provide any documents to support that claim despite numerous written requests to do so.

The lawsuit asks for the issue to be decided by a jury. It also asks that the court order TIDAL to stop streaming and selling PRINCE’s music other than “HitNRun: Phase 1,” and that ROC NATION be ordered to pay unspecified damages.

In JULY, 2015, PRINCE pulled his music from every streaming service except TIDAL. A month later, he announced that “HitNRun” would be released exclusively on TIDAL SEPTEMBER 7th.